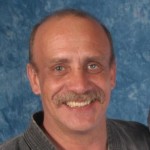 Master Albano da Silva has been involved in the martial arts for over 45 years. Master da Silva has taught Department of Recreation classes for Prince Georges, Montgomery, Howard, Carroll, and Frederick Counties and has taught other self-defense classes for the CIA and other law enforcement agencies.

Master da Silva has owned and operated his own studio for the past 35 years, and he has promoted almost 150 students to 1st Degree Black Belt, with several more reaching National Championship ranking. In 1990, Master da Silva was an alternate stunt double for the character Donatello in the movie “Teenage Mutant Ninja Turtles” (TMNT). In 1991, he was selected for the USA National Karate Team and competed in the World Karate Championships in the former USSR. Master da Silva was awarded the Gold and Silver medals. in 1992, he was inducted into the World Martial Arts Hall of Fame.

Master da Silva has been featured in many magazines over the years, including Karate Illustrated, Inside Kung Fu, and Black Belt Magazine. He has also worked with Mr. Chuck Norris, Mr. Pat Johnson (Martial Arts Coordinator for the TMNT and many other martial arts films), and Bill “Superfoot” Wallace, among many other martial arts standouts.